To Be a Black Woman in Babylon 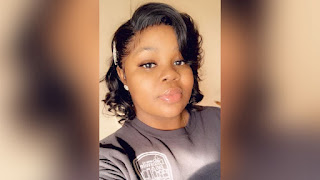 To be a Black Woman in Babylon

Part of not blogging as much as I did in the past is because there is so much going on. Everyday there is a new fight to face. The issue is not new, the response is not new, yet facing it today in these times, pushes you to figure out a new way to keep rising when your skin and your humanity is under attack.

Breonna Taylor landed heavy because we know when we step outside we have to be vigilant because nothing feels safe right now. To be in your home, inside you sanctuary, safe space and be killed tells us, we are not safe anywhere. Just like Treyvon Martin, Sandra Bland, Eric Gardner and Jacob Blake to name a few, we find something derogatory about the victim and we re-victimize them to justify our inability to name the depth of the racism and anti-blackness before us.

However you want to justify your inability to see us in our human light, we know Babylon has never made amends with the damage done to those who look like me.

To be a Black Woman in Babylon has meant to be overly sexualized and stigmatized in such negative ways that makes your heart hurt. Knowing this truth prepares you, sadly, to not be surprised at the outcome of Breonna’s case. Knowing that truth tells me, that my life’s mission and purpose is to prove you wrong.

As much as that truth hurts, we are still rising believing in our strength and resiliency. We are still pushing back on all the negative stigmas that you dump on us. We are still smiling and dancing with joy because that is within itself, a form a resistance.

Yes, dancing, singing and creating is my way to tell you, I will not take living for granted and I will not give you the power to stop me from living a joyous and fulfilling life.

Blackness Rising is not just a hashtag. It is my daily reminder to love up on my people because I am not waiting for you to do it.

As I dance and write through the pain of the injustice in the decision of Breonna’s case, I will keep saying her name and repeating over and over again, Black Lives Matter. Doing that is not a lack of recognition of other lives. Doing that is putting out into the universe and the world that you have not made amends, you have not repaired the damage done to those who rise up in Blackness. Until then, Black Lives Matter. Las Vidas Negras Importan.
Rest in peace Queen. I will keep Saying your name, Breonna Taylor.

In light and peace,
Empress Modest-I
Posted by Encuentro Diaspora Afro: Reflections from the African Diaspora at 5:48 AM