Sitting with Pain and Fear; Reaching with Hope 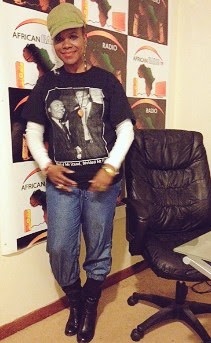 I started the first part of this blog last year. I had so much to say yet I was sitting with such deep thoughts and pain that I did not feel the need to put it on paper. I felt that I needed to act on my feelings which led me to participate in two Black Lives Matters marches. Working through these feelings required movement, dance, which is one of the ways I regain my footing.

For weeks I have felt a level of confusion from those around me and close to me. We all want answers or they are those who want to ignore the truth. The wise part of my heart believes the sun will show up but it will take time. The younger part of my heart is filled with pain and a bit of fear.

I ended the year being tested as an activist/educator/mentor by the young people of our HIS and HER Project. We have long dialogues on making the connection to what is happening outside, what is happening in their world and their community.

They knew I was marching and they knew I believed that ‘Black Lives Matter’ is about them and all shades of Latino youth. With great clarity and conviction they came to me saying, ‘Ms. Yvette we want to walk out in support of Black Lives Matter.’

The moment had arrived; they get it and want to do something about it. We met to plan the walkout. They were ready to do this.  I was afraid for them and what it meant to the school. I reached out to my mentors who supported me in supporting the students. This was their time to lead, to March.

On the day of the walkout I saw the light go on in students that many think are not consistent or present. This may be true but on that day, in the moment of connecting their reality, their day to day experience as Black, Latino youth, Black Lives Mattered.

The pain became less after sharing this experience with the youth but I was still feeling fear for my brother, nephews and all the Black men in my life. Overall, things felt out of hand.

I was disappointed to see those I call friends and colleagues, dismiss this truth. Such statements as, ‘we all need to sit at the table and stop pointing fingers’ where made to dismiss this devastating pain. True, if there is recognition of the wrong doing. True, if there is acknowledgement of a reality that you do not live and may never understand. If not, then how can we sit at the table with someone who does not see us in our Human light?

It is time to sit with truth and address the discomfort you feel in knowing that Black men are under attack. That it does not matter if they have a suit on, pants dropping or are the President of the United States. All these men have had to sit and plan what they need to do to remain alive in an exchange with a police officer. That is a reality. If you are unable to hear that then you are unable to see them in their human light.

I ended the year asking the question, what next? When will this stop?

I began the year with the word, Fearless. I found a definition that made sense to me and has been my guiding force.

I am afraid of the state of things and what it means to the safety of those I care for and those in the community.  I now acknowledge that fear in a way that allows me to see, confront it and work through it. This means, I will continue speaking the truth that many attack me for doing.

This pain comes with fear but also with purpose and focus. This pain still finds time to dance and sing for that is the intersection of this Nubian Pana.

Posted by Encuentro Diaspora Afro: Reflections from the African Diaspora at 4:30 AM