This is an attempt to keep the conversation going in our own voices and not allowing others to speak for us.

“As attention is called to the ugly reality of present-day sexual harassment, there must also be attention to the historical sexual violations of Black women during the enslavement era and beyond. For well over 350 years Black women were viciously raped, savagely beaten and tortured, and had fetuses cut out of their bellies, oft times by the perpetrator of sexual assault upon them. Women who resisted were terrorized, continuously defiled and disrespected, and lynching’s were commonplace. Oft-times White women were complicit in condoning the sexual crimes of White men against Black women, and oft-times falsely accused Black men of rape, leading to their murder and dismemberment. Just as we do not condone or take lightly present-day disclosures and accusations of sexual harassment, the unfettered crimes against Women of African Descent during the enslavement era and beyond that to date still await remedy must never be forgotten.” * In the aftermath of the Alabama election Black women are in the spotlight for organizing and spearheading the decisive defeat of known sexual offender Roy Moore.  These efforts were not done for Doug Jones but for the protection of the women and their families from further draconian policies. Alabama has a legacy of Black women who have taken a major stand such as Rosa Parks; however, we don’t want to forget Celia who in 1855 killed her white master after being sexually assaulted by him for over five years and was convicted by a slaveholding jury and lynched.**  Many are startled by the fierce determination of Black women in this election and unfortunately resurrect the stereotype of the strong Jezebel woman who can withstand abuse, retort with a sharp tongue and move on to the next challenge.  This however is not the reality for most, the torture, denigration and marginalization of Black woman is as evident now as it was when Celia attacked her “Master”.  Black women make up over 30% of those incarcerated and are likely to be imprisoned four times the rate of white women (incite.org); 67% of Black women are sexually abused before they reach the age of 18, unfortunately by Black men who have inculcated the societal ideas that view Black women as worthless, not deeming protection, care and respect (Bureau of Justice Statistics).  One out of every four Black girls will be victimized by sexual abuse in their lifetimes often leading to alcoholism, drug addiction and suicide.  More Black women are killed in America than any other race (Bustle.com), between 2011 and 2013 Black women in the US died at a rate of 40.0 deaths per 100,000 live births compared to 12.1 for white women (huffingtonpost.com 6-27-17).  Gruesome statistics such as these do not materialize from the sky but for a society that has historically denied respect, justice and protection to Black women that is directly connected to their former enslavement. Our bodies, our humanity has been historically under attack. We did not show up for the candidate, we showed up for ourselves as we have been doing so for centuries. Reparations must be made to those who continue to bare the badges of slavery, our status should not be tied to our historical caretaking and engendering success for whites, but our own merit as rightful citizens of this country. 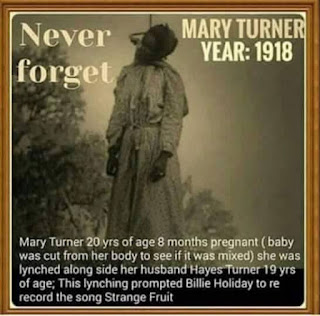 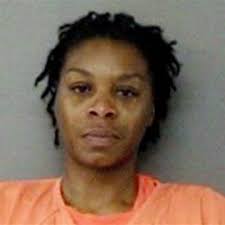 Posted by Encuentro Diaspora Afro: Reflections from the African Diaspora at 9:56 AM